Before my parents made the decision to buy a house on the Cape, we used to rent the same small cottage for a few weeks every summer. It had a formal living room and dining room but I can't recall us ever using either of those spaces. We tended to congregate in the kitchen and the three season porch. One of the most memorable things about the cottage was no island or peninsula centered the space, a hallmark of the contemporary kitchen. 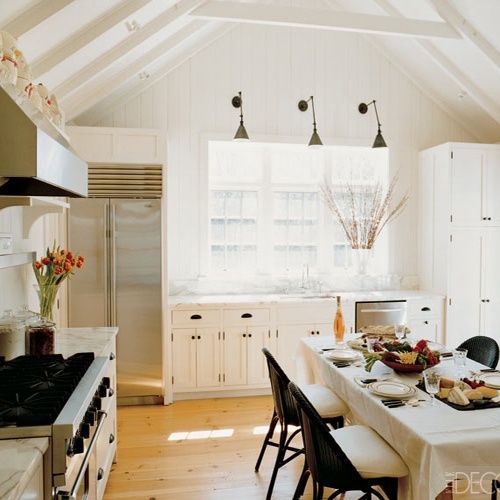 Instead there was a rather innocuous set of wooden dining table & chairs. Meal prep happened while sitting down. Salt was added in worrying amounts to that bottle of no-salt-added ketchup purchased by accident. Skinned knees were doctored in a chair rather on a barstool. Rounding up some images of kitchens featuring a center dining table, I wonder whether I'd choose this route or go with the more conventional island when it comes a time for my kitchen to be more than a shoebox. What about you which would you choose? 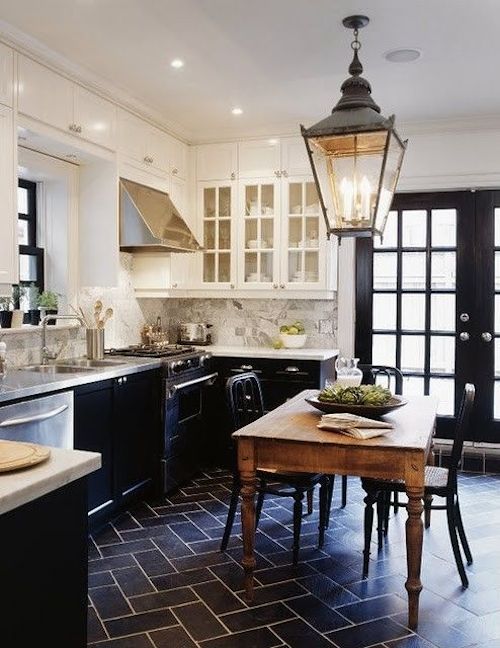 Now that I'm pondering this question, I remembered that the principal piece of furniture in the shared living space of my apartment in Milan was an out of proportion, gigantic farmhouse table. I think it was possibly larger than the stand-alone refrigerator, sink and range. And it was glorious. Lots of great food, drink and conversation around that table. We'll forget the part where the apartment didn't even have a sofa. 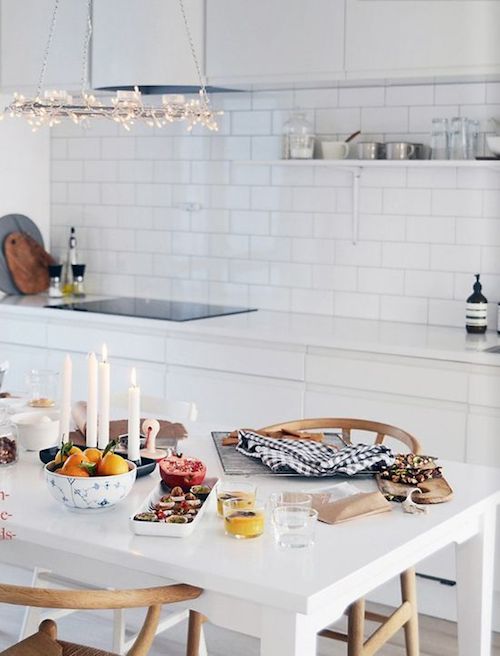 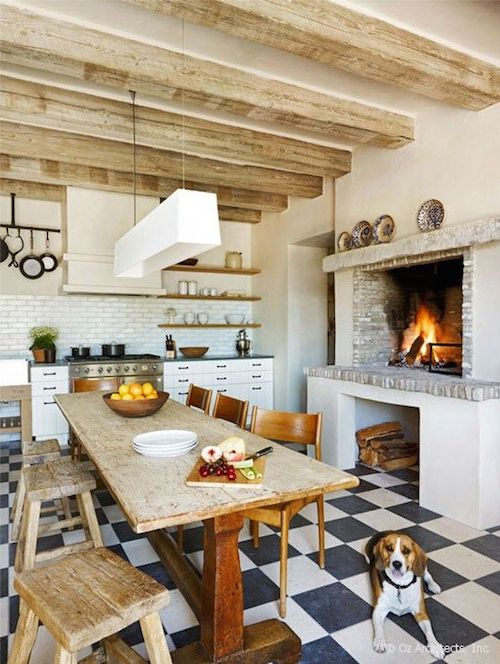 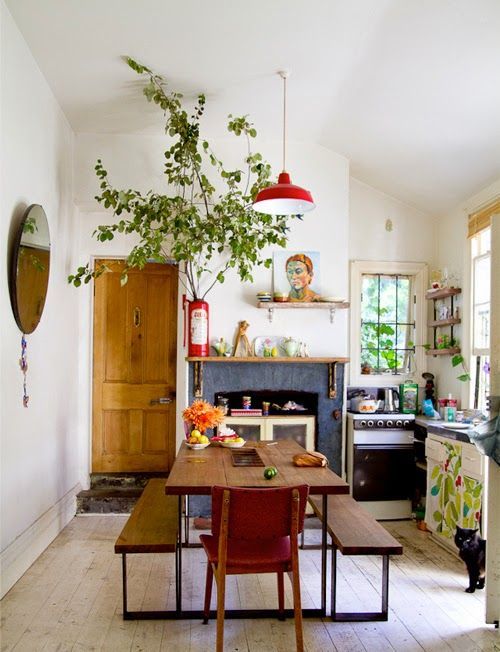 That ketchup story was real. And horrifying. And I'll probably never let my mother forget it. I appreciate that she tried to work with it but it only lead to the disgusting knowledge of ketchup's ingredient ratio.