When I was young friends and family all seemed to have one method for incorporating the television (my mother refers to it as the idiot box) into the decor - hide the damn eyesore in a gigantic floor to ceiling wardrobe. It's true, those gigantic dinosaurs of the 80s and 90s were hideous to look at but sometimes those media cabinets were equally awful. Thank goodness for the modern age where televisions are now sleek and thin. So sleek and thin that we can leave them in plain sight. So sleek and thin that they are perfectly camouflaged by a great gallery wall, keeping one's eyes from seeking out the idiot box when it's not in use. 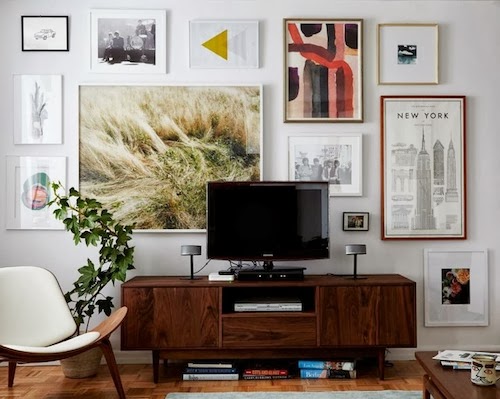 I also think from the number of mid-century dressers featured in this image round up that I really do need to buy this one to replace my bulky old ikea media stand. 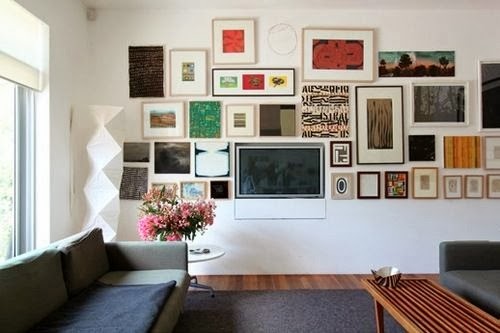 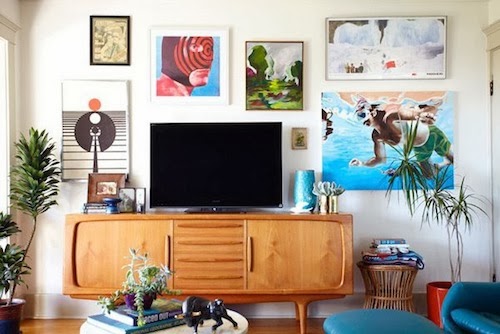 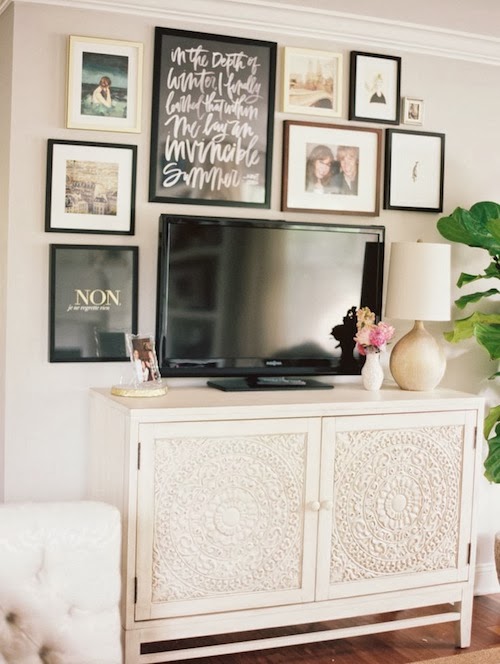 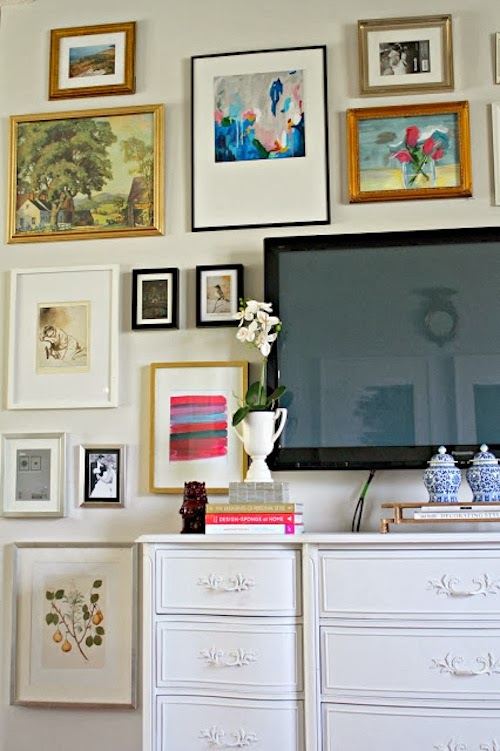 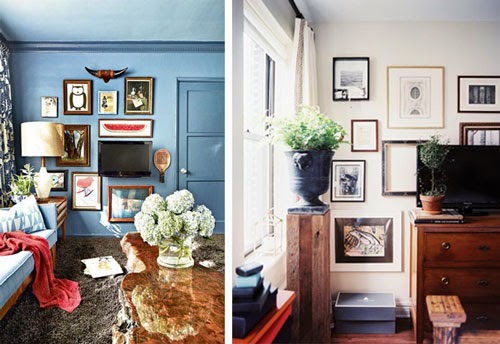 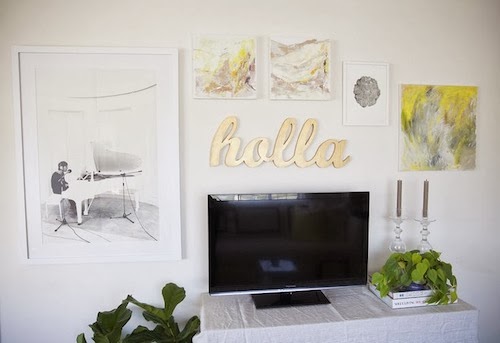 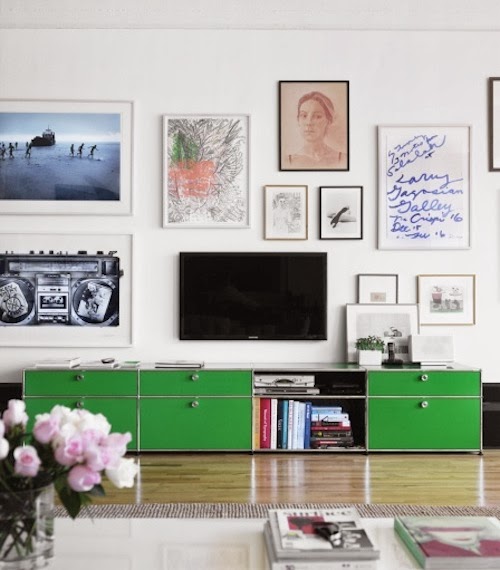