My parents recently made the decision to update several rooms in my childhood home on Marco Island. These are rooms that were last touched by new decor after Hurricane Andrew rolled through back in 1992. One of these rooms is my bathroom. I'm not sharing a before but let me just give you a visual with a couple of keywords: pink, pink, pink. Frankly it doesn't really bother me since I've lived with it so long, but as it is the only bathroom that isn't accessed from a bedroom it's the official "powder room" and my mother wanted it updated. I started with inspiration from the images below. 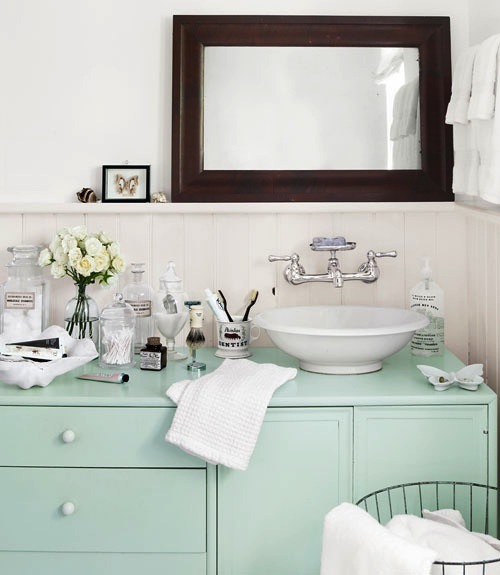 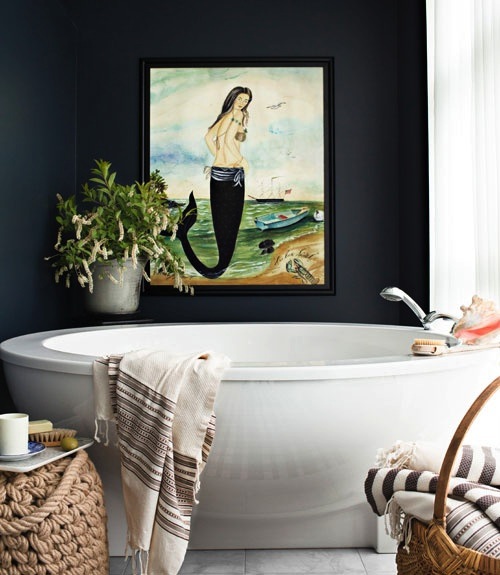 But my plans for a gut-reno were not aligned with those of the CFO's. So we're working around the existing shower/bath, vanity, toilet and mirror which are all, thankfully, neutrals. At first I was just plain stuck,  possibly mourning the loss of my initial plans, until I happened upon a shower curtain from Pottery Barn. Et voilà! It may be a little too "themed" but our house's architecture is Old Florida right on the water. Why not get a little caught up? 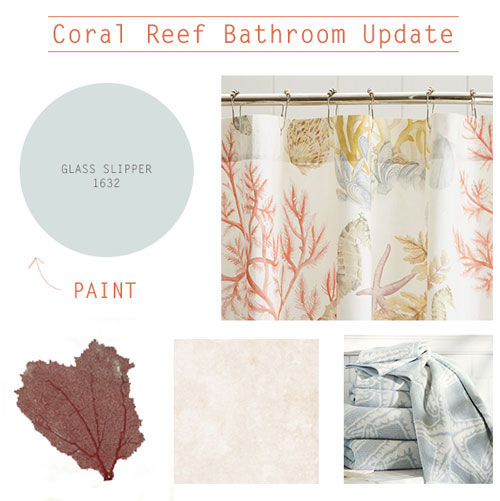