Well I did it. After months and months of talk, I finally painted my living room. To recap, earlier this year I purchased the condo I've rented for the past three years which was painted front to back in what I refer to as pueblo tan.  I am speechless as to what the previous owners were thinking when they selected it. This is New England not New Mexico.

Alright, you're caught up. Since closing I've been contemplating new paint colors. I am quite capable of selecting colors for clients but for some reason when it comes to making decisions for my own space I am paralyzed by second guesses. Fast forward six months to Thursday. I woke up and decided to just pick a damn color already from one of the many, many samples on my walls. I was concerned that one of more pigmented grays would make the space feel too small so I went with a pale gray. 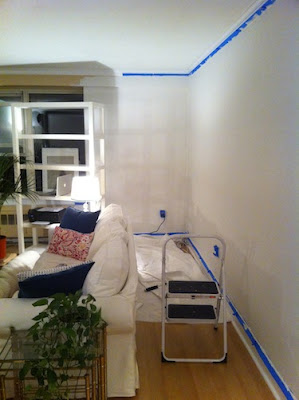 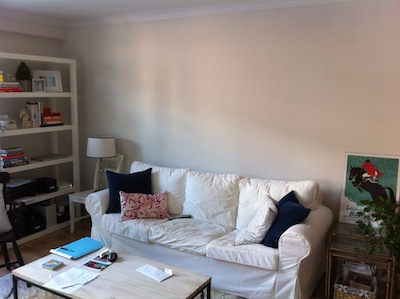 Mother of God I still hated it the next day. Too white, too blue, too cold. Think doctors waiting room. I could barely restrain myself from bolting out of there three hours early for an after lunch client meeting.

And then I went out of town for the weekend, irritation simmering inside my mind. Queue the very emotional meltdown. It was ugly. Very, very ugly. I was really hard on myself until someone slapped some sense into me and I came up with a plan to remedy the situation. I'm going to implement some of my redecorating changes and rehang my artwork and just live with the color for a bit. It I still can't stand it, I'll repaint. I'm not looking forward to doing so but there is no physically reason I can't. Shit happens. Time to move onwards. I'm excited about my new gray slipcover (still saving for new sofa) and accent pillows. 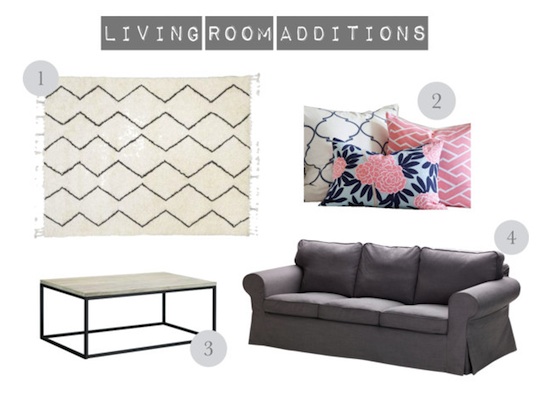 Email ThisBlogThis!Share to TwitterShare to FacebookShare to Pinterest
Labels: my home, paint colors