Stephanie here! This past weekend I traveled down to my future in-law's home to throw a bridal shower for a soon-to-be family member. I had been planning this soirée for months and was so excited to finally see the finished look. The theme was a garden party of sorts with soft colors, lots of flowers and foods you would find at a tea party. I was really pleased with the look overall. Besides the great time spent with family and friends, the best part was that almost all of the items I bought at IKEA or Target! I included a few photos for you all to gaze at and hopefully inspire you to throw a shower or garden party of your own!


**I apologize for how out of focus some of the photos are. It was difficult to host a party and take pictures at the same time!** 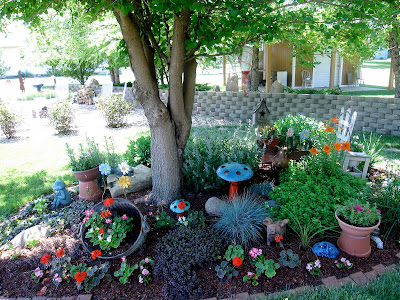 My future mother-in-law has a back garden full of yard art. She has some amazing and fantastic things such as pigs with wings, happy snails and a sculpture made out of wine bottles! It was the perfect setting for the party. 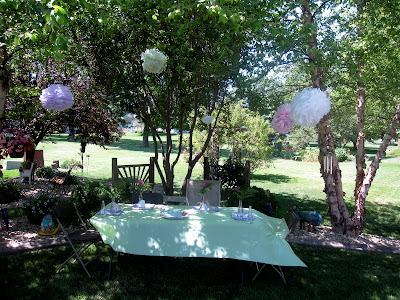 This was the head table for the bride and mothers 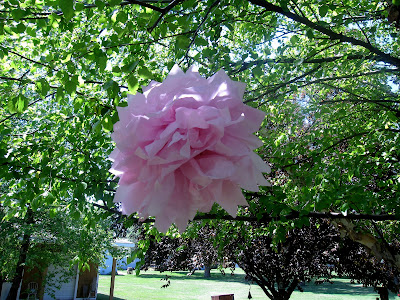 I made many, many tissue paper poofs. They were an inexpensive, yet beautiful decoration. There are many how-to's on the interwebs. I used this one. 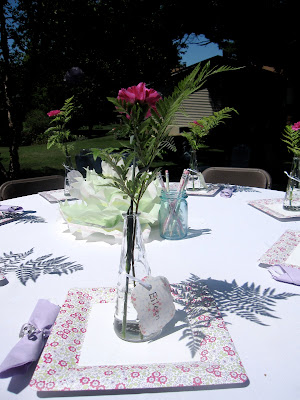 Here is one of the place settings. I bought the napkins, paper plates and vases at IKEA! The floral pencils and name tags I bought at Michael's Arts and Crafts. 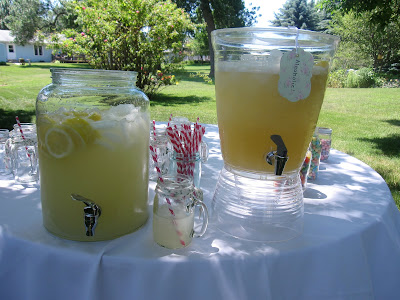 It was a beautiful day, but a HOT day. For beverages we had water, lemonade and Hop Skips (which ehm, had a little something extra and ehm, that's not the full name of the drink).  We also bought some candy and put it in mason jars around the beverages. 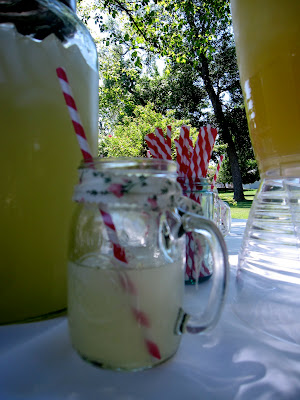 Instead of using cups, we used mason jars and old-fashioned paper straws. To add a little extra pizazz I cut strips of fabric to tie around each jar! 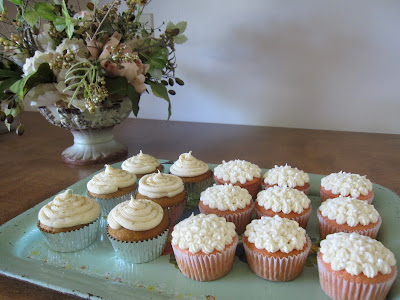 The bride loves pumpkin everything. Since it is June (and not October), I decided that a good way to incorporate her love of pumpkin would be to make pumpkin cupcakes for dessert... 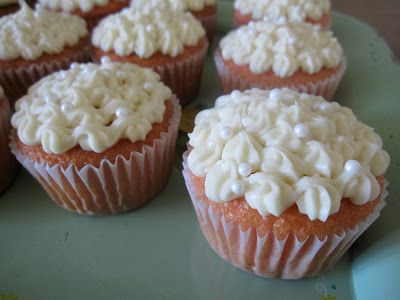 ...and for those who weren't too keen on pumpkin, I also made strawberry cupcakes with cream cheese frosting. 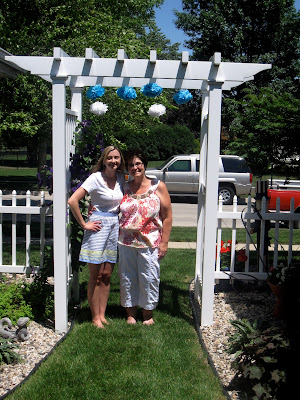 We had such a great time! This is a picture of the two hostesses, my future mother-in-law and I. This photo was taken BEFORE the guests arrived. We looked much more disheveled after the party had finished!