One of my clients has specified the desire for a checkerboard pattern in her new kitchen and mud room. This of course sent me on a pinning spree of beautiful checkerboard flooring - tile and painted hardwood. For those of you who's inner eye immediately thinks of cheesy '50s diners please change that mental slide! 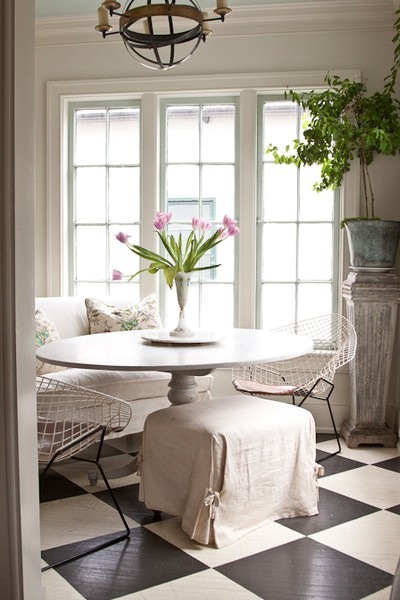 The checkerboard pattern has been in existence for thousands of years and the first evidence of its use as flooring comes from antiquity, specifically the Roman Empire. It gained popularity in the 15th century when we begin to see checkerboard floors depicted in Renaissance paintings. The use in great palaces and noble homes continued to grow well into the Neo-Classical period of the 18th century. 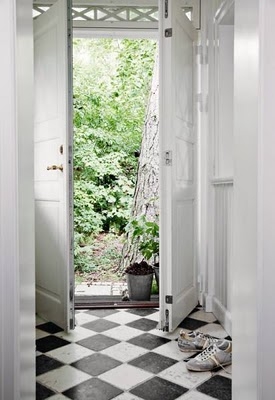 The motif began to be used in domestic areas of the home such as kitchens, service halls and laundries in the 1920s and '30s. And yes, in the 1950s it made its debut in diners and ice cream parlors but its history is long established as elegant and refined. 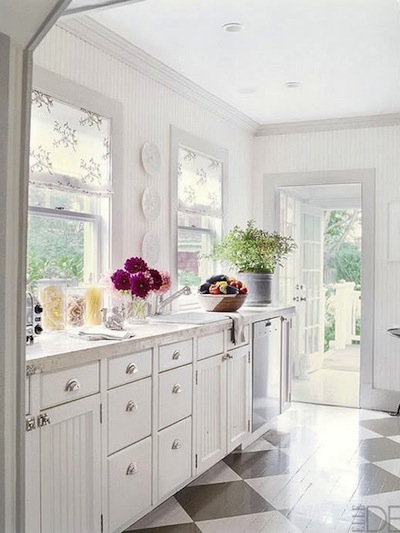 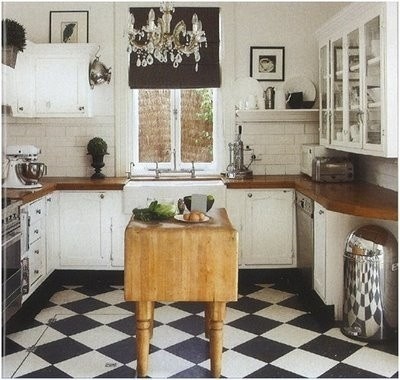 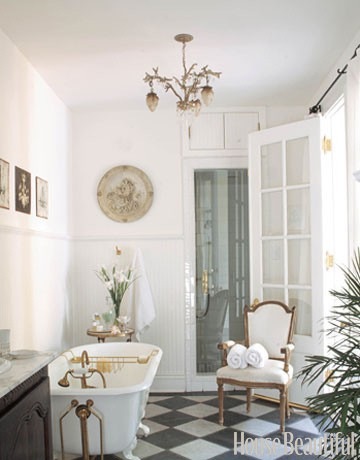 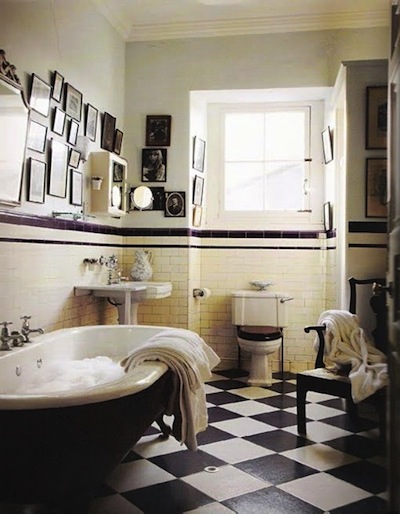 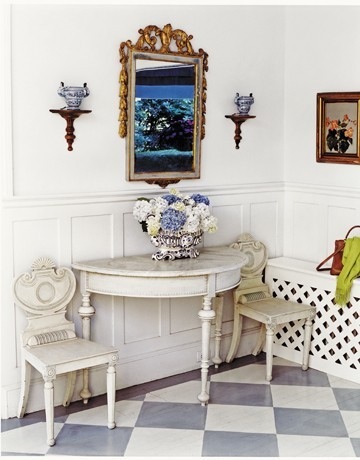 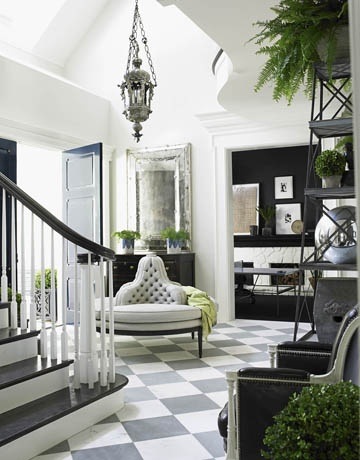 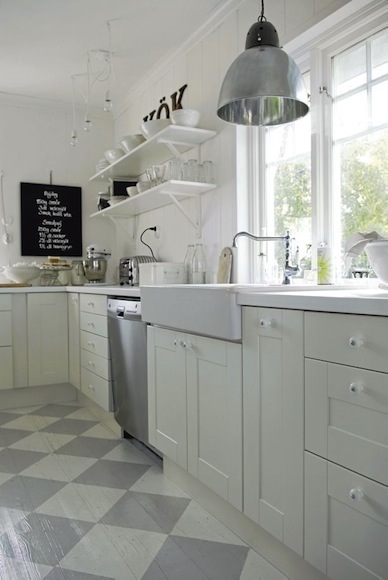 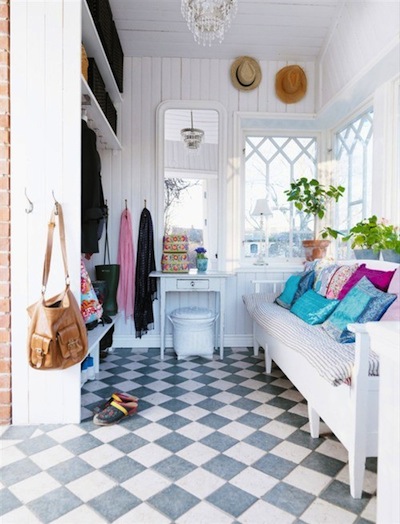 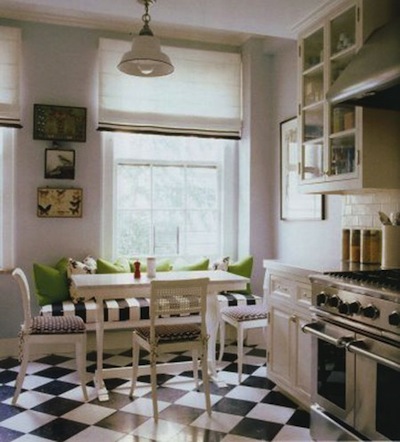 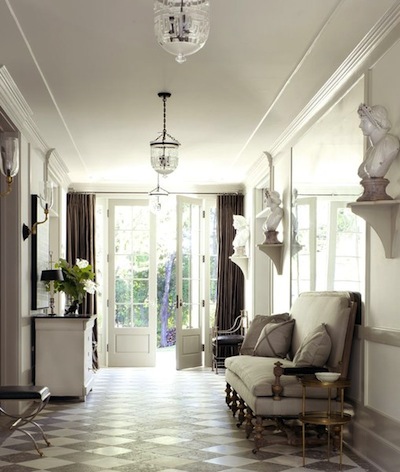 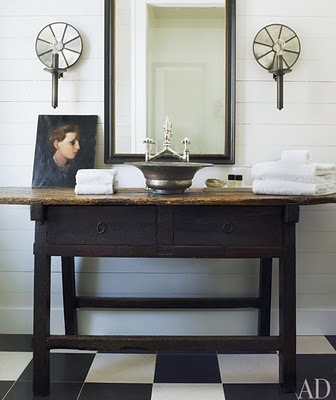