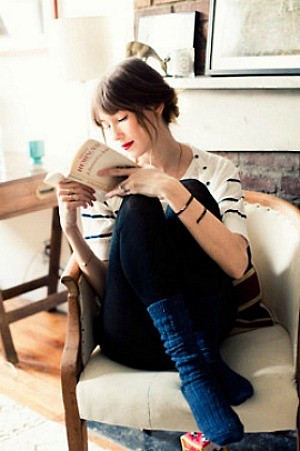 I don't often write book recommendations {I leave that to H over at La Vie of Me} but after finishing The Flight of Gemma Hardy by Margot Livesey I had to at least put it on my readers' radars.

It took me only two days to read but had I not been crazy busy I probably would have camped out and knocked it out in a day; I could hardly put it down.  Though it's booked as a modern version of Bronte's Jane Eyre there's not reason to be alarmed. This isn't like one of the many insipid retellings of Pride & Prejudice cluttering up the fiction shelves.

One of my favorite parts is the time Gemma spends in the remote Orkney Islands. Having spent a blustery week in November exploring the Orkney's I can say that Livesey's descriptive imagery is spot on. Vivid images of the rugged scenery swam before my eyes as I read. While it's true that you may not have the same emotional response I did, I'm confident that those of you who haven't traipsed around the Orkney Islands will still enjoy this poignant coming of age tale.

I probably haven't don't this book much justice so check out this snippet from the Kirkus Review: 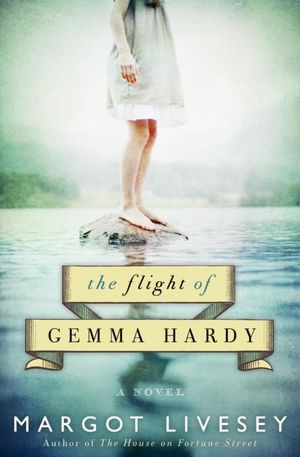 A clever orphan girl, mistreated by relatives, then sent to suffer cruelly at boarding school, finds heartbreak and eventual heartsease with a brooding older man. Sound familiar? "Neither my autobiography nor a retelling of Jane Eyre," says Livesey (The House on Fortune Street, 2008, etc.) about her new novel in the foreword. However, this story bears more than a passing resemblance to Charlotte Brontë's immortal classic. Poignantly narrated, Livesey's tale opens in late-1950s Scotland where, after her uncle's death, harsh new conditions are imposed on 10-year-old Gemma by her cartoonishly callous aunt and cousins. Sent to horrible Claypoole School as a working pupil, Gemma becomes a lonely, bullied drudge until befriended by asthmatic Miriam, whose sad death gives Gemma the power to endure. After the school's closure she moves, now almost 18, to a remote Orkney island, to work as an au pair caring for Nell, the unruly niece of taciturn banker Hugh Sinclair. Love and a surprise proposal follow, and it's here the story parts company most noticeably and least convincingly from Jane Eyre. Shameful secrets, foreign travel and a quest fulfilled follow, before Gemma finally establishes a future on her own terms. Nicely, touchingly done, and the familiar story exerts its reliably magnetic pull, but fans of Jane Eyre will wonder why.

{Images via Barnes & Noble and Pinterest; Review via Kirkus Reviews}

Email ThisBlogThis!Share to TwitterShare to FacebookShare to Pinterest
Labels: books