One of my favorite elements of the apartment I lived in when studying in Milano were the shutters on both the inside and outside of palatial windows. While the outer shutters may have been more decorative the interior plantation style shutters were instrumental in letting cooling air circulate throughout the flat without letting in the scorching hot summer sun. But my love affair with a functional shutter started long before my semester abroad. Many of the houses where I grew up had Bahamian shutters (the kind that open vertically rather than horizontally as "doors." Who wants those horrible pull down shades that sometimes come completely off or vertical blinds with their silly string pulls that get tangled in everything. Give me a good shutter any day. For my sanity I need to live somewhere where I can have beautiful shutters. 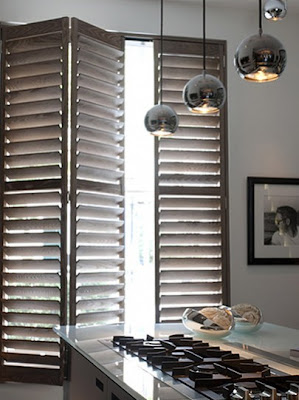 This is one of my favorite images found - I love the contrast of the wooden plantation shutters with the modern lighting elements. 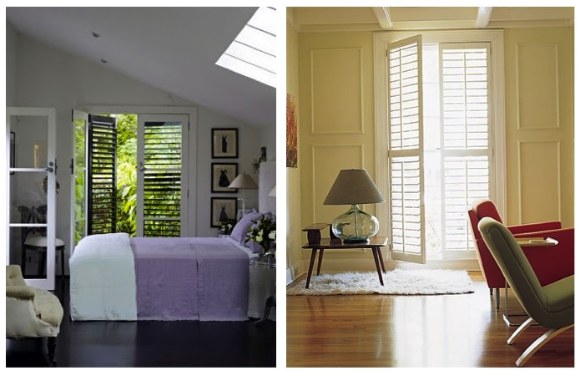 These two images have shutter "doors" almost like those leading out to my apartment's balcony. 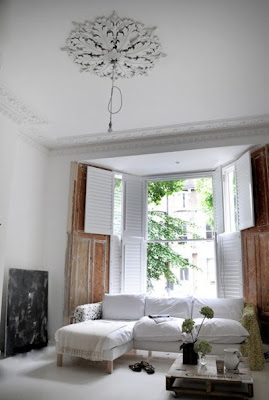 Loving the double stack of shutters - you can shut the bottom row for privacy but still have the top open to let in that glorious sunlight. I wish my current apartment's picture windows had this set up. Instead I just lose my light if I want to block out nosy neighbors...le sigh. 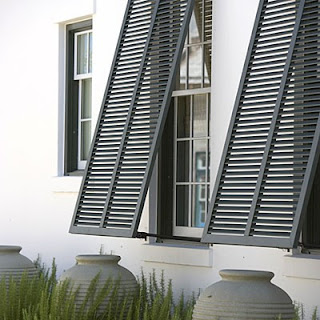 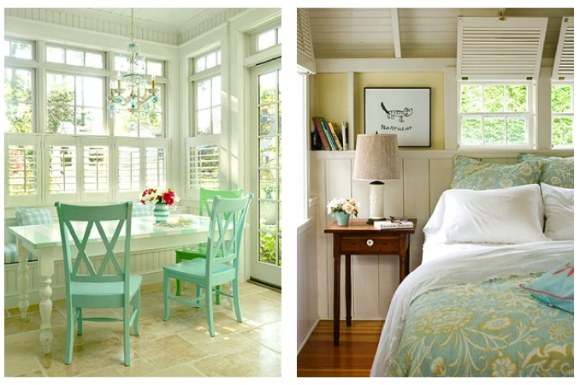 Included because I want each of these spaces. 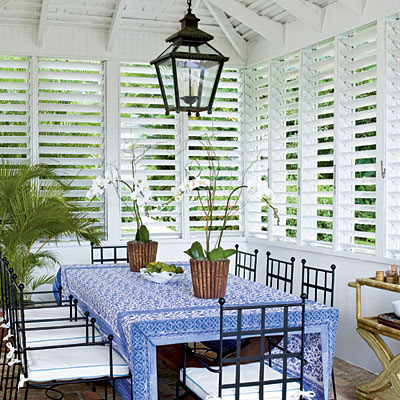 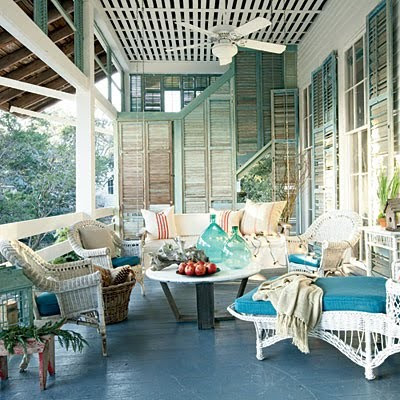 I LOVE this porch. I want to know where this it so I can move it. Can you imagine having breakfast  watching the sunrise and listening to the sounds of nature. 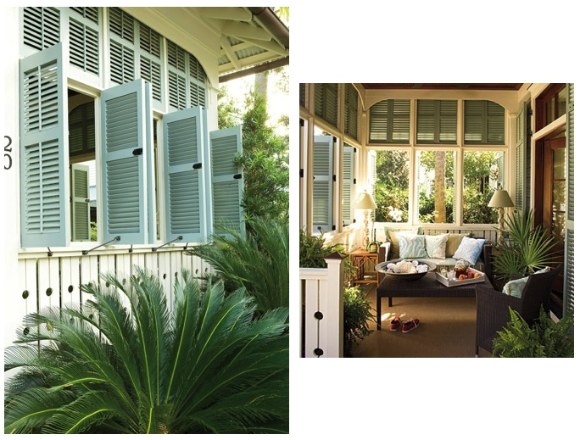 Exterior and interior of this sunroom. I also want to live here. You really thought I was joking about my obsession with shutters, didn't you? 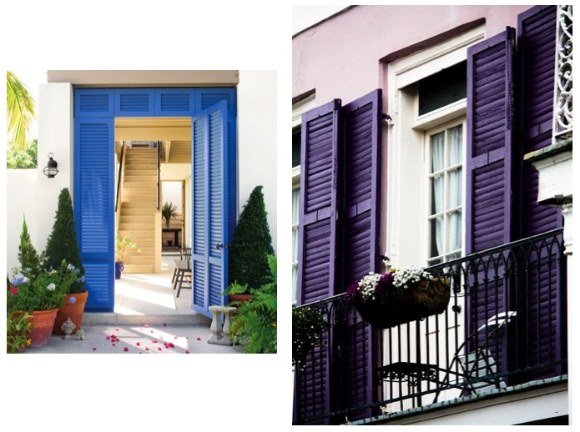 That blue doorway is epic. And those parisian shutters are so elegant. 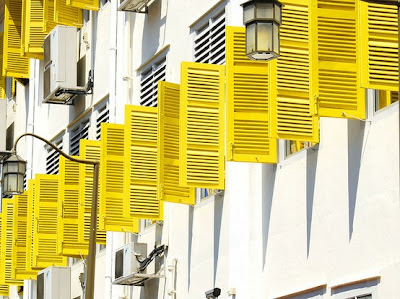 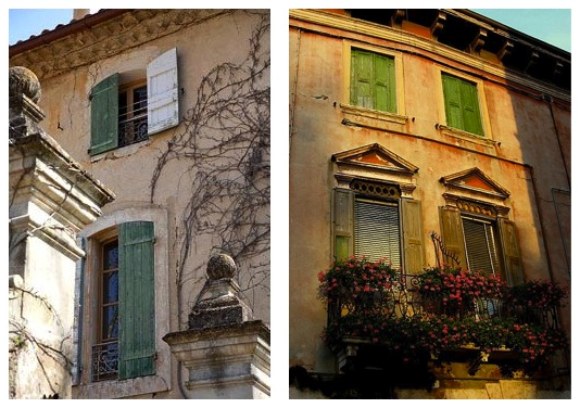 The disheveled shutter - portents of grandeur. 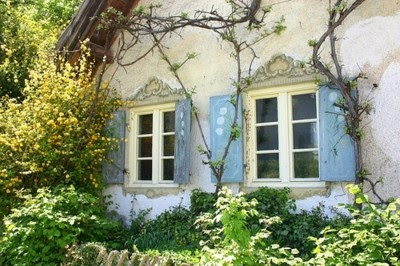 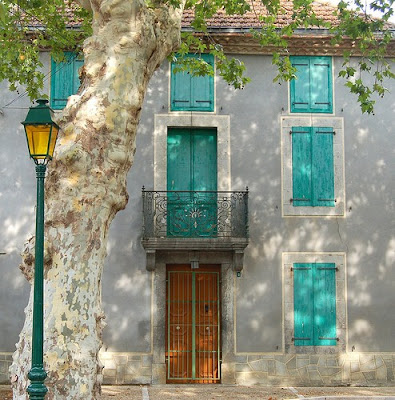 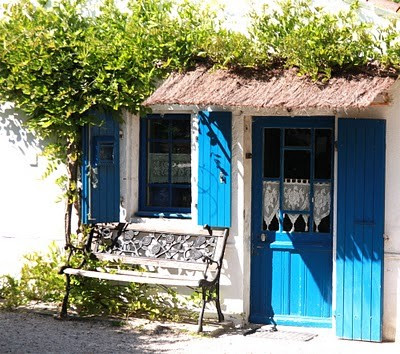 A group of three French images featuring blue exterior shutters. How delightful...
{Images via Pinterest}
By Allison {Halcyon Style} @ 8:00 AM

Email ThisBlogThis!Share to TwitterShare to FacebookShare to Pinterest
Labels: Interiors